SAP on HANA and why it matters

If you're doing any business with SAP, being SAP consultant or SAP user, you should not have missed last week's press conference where SAP announced SAP's business suite on HANA. A long expected message, but thrilling even so. It shows how serious SAP is taking In Memory technology. And even more, analyst Dennis Howlett, identified SAP's stepping stone into the cloud future, from #SAPonHANA into SAP's business suite in the cloud. Following the path so successfully set by Salesforce.

A lot can be found on SDN or other analyst sites. Please allow me to point out and summarize three blogs. My advice to you: start with reading, jump into other reading material, subscribe to developer licenses and start getting your hands dirty. And by that make up your mind. The SAP world is changing rapidly, important for System Integrator's as they have to change their business model accordingly. 2013 is the year of making choices.

Find out, as System Integrator, to which category you belong in the statement from Mary Kay Ash: 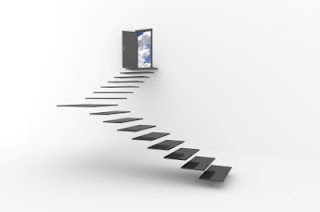 
Dennis Howlett, SAP on HANA: where SAP wins and how it has missed the real goal

Thorsten Franz, SAP on HANA, and Pushdown for All: News about ABAP's Adventurous Relationship with the Database

Unknown said…
Usually we think that how the big multinational company’s owner mange their all business in the wide area network and how they can control it, the answer is simple they all used the SAP module for controlling the task of their companies, and they will get the SAP form this https://twbs.com/.
Tuesday, 25 July, 2017

Hiking the Grossvenediger with The Next View

September 13, 2014
In 2014 The Next View celebrates its 5th anniversary. And we did that in style. We all took off to Austria and hiked the Grossvenediger, top 4 of highest mountains in Austria. Hiking route The first day we hiked in pretty good weather conditions to Defreggerhaus. The second day, the hike to the actual summit (The Next Summit ;-) we woke up early and found out that snow covered our route. But that didn't undermine our spirit. We took off and had a great hike. We almost made it to the top, but unfortunately weather conditions (snow and wind) worsened and with the sign in sight we had to return. Look very close, you can see a grey cross somewhere in the top left corner ;-) Back to a safer spot to take our group picture. With Schnapps of course ;-) What an amazing experience. Hiking a 3666 meter high mountain was something completely new for me. Doing that with colleagues was really awesome! More pictures in my Grossvenediger album .
Post a Comment
Read more